The first meeting of the 2014-2015 school year was held on Thursday, August 28th at 7pm in DeGarmo room 208. Scholars from years as old as 2010 and new as 2014 gathered to get to know one another and bond as an RSO. President Timothy Sullivan organized a speed-dating activity in which Gapples were able to rotate around the room, meeting each other and discussing their ideas and plans for their semester and their future teaching career. 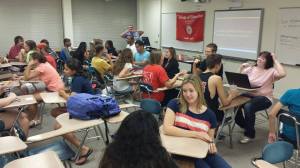 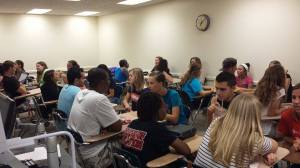 There will be a meeting each month with fun activities and updates for Gapples at ISU on what Golden Apple ISU will be doing. These will be held on the last Thursday of each month; the exact dates of these and other events can be found on our calendar. 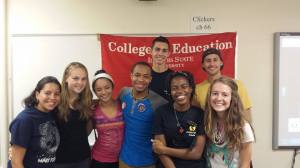 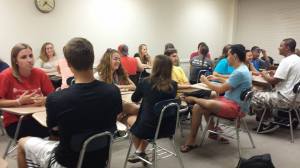 A photo gallery from this meeting can be found on our Flickr.